Care for what you love

Why we are part of a network that’s making the future better and promoting young talent.

We seek out connections not only with other people, but also with our environment. The interrelationship between people and nature is central to us; we learn and draw inspiration from it.

We see sustainability as a triad of social structures, ecological agriculture, and conscious planet management. We work for a world worth living in – well into the future. As a result, sustainability is firmly anchored in our company. And because the future is even brighter together, we collaborate with partners who can help us in this work. The annual Greentech Festival in Berlin gives us a space in which to network and promote the young talent paving the way for a sustainable future. It is for this reasons that we form part of the jury for the Youngster Award – which also allows us to support this talent with our expertise and contacts.

Reyhan grew up in Guba, Azerbaijan. At an early age, the now 19-year-old developed a fascination for connections in the natural sciences. “I remember appointing myself the ‘First Lady of Mars’ at the age of five and spending hours looking up at the sky with my toy telescope trying to find the Red Planet,” recounts Reyhan.

Today, she is interested in global climate issues and the opportunities offered by alternative energy sources – with a particular focus on rainwater. Millions of people live in rainy countries and areas that do not have a secure power supply because of floods and storms. Reyhan wants to change that. She wondered whether it might be possible to generate electricity from rainwater.

“Lighting up one house at a time!” With this goal in mind, Reyhan founded the Rainergy project at the age of 14. As part of the ClimateLaunchpad programme, she developed a device that collects rainwater and converts it into electricity. “With our first prototype, we managed to light up two LED lamps; by the second, we were already at 22 lamps. Now we’ve reached the point where we’re ready to introduce our product in Bangladesh, India and Indonesia. Our goal is to supply 200,000 households with electricity by the year 2025.” And Reyhan has not been pursuing this goal alone: the Azerbaijan’s State Agency on Alternative and Renewable Energy Sources helped Rainergy build the third prototype, and the Islamic Development Bank and Global Good Fund have been funding the development of technology.

Sustainability and efficiency are at the core of Rainergy. The project is not only intended to generate electricity, but also to protect the environment. The energy obtained with the help of rainwater produces CO₂ emissions of 10g/kWh when generating electricity. This is very little compared to other renewable energy sources like solar panels or wind turbines.

Alongside her studies at the University of Pennsylvania in the US, Reyhan regularly speaks at international events – including the Greentech Festival in Berlin. “The festival confirmed to me that I’m doing the right thing. And it showed me just how important Rainergy could become as an energy source. I am delighted about winning the Youngsters Award. And I’m even more excited to be a source of inspiration for young people around the world and to help them turn their ideas into reality. The fact that my passion and commitment can touch others fills me with pride and gives me hope for the future.”

After completing her undergraduate studies, Reyhan wants to pursue a master’s degree in data science. She knows that real progress is only achieved when you do what you love. When you act with a deep belief and a genuine passion. Reyhan is mindful of nature and her fellow human beings and has one overarching goal: to touch, empower and inspire. 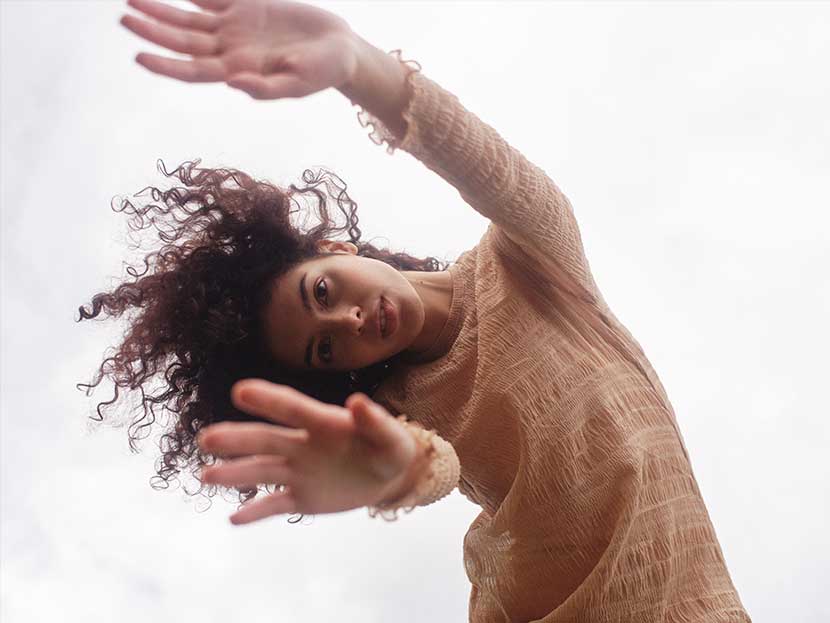 Partnerships
Why we work the field together. And all that grows out of it.
Skin care concept | Ecology
A skin care experience that does you and the planet a world of good.
Skin care concept
The role of mindful touch in our skin care. And the effect that we have through our products.